“Miss Dana” began dancing at age 4. Growing up she danced on Al Alberts & Chief Halftown TV shows, performed at local events and did numerous performances for the March of Dimes telethons.. Throughout her training she has studied all genres of dance & grew up competing in local & national dance competitions..

Dana pursued her passion for dance and studied at The University of the Arts in Philadelphia where she graduated with her Associates Degree in Dance with a concentration in Modern Dance. As a student at the University, Dana trained extensively with Master Modern teachers, Roni Koresh, Pat Thomas, Milton Meyers, and Faye Snow, focusing on the Graham & Horton Modern Technique.

Dana was a member of The Philadelphia Kixx Dance Team for 2 years, within that time she performed at games, dance appearances, charity events, and live TV. She was honored to be part of such a great organization, and happy to be able to raise moeny for many different charities. She also had the opportunity to appear with her team in the movie Unbreakable & MTV’s Global Groove.

Dana has been an Instructor and Choreographer at Dancesations since we opened in 1995. She teaches our Contemporary/Modern & Lyrical classes as well as trains our mini-petite dancers in Jazz. Dana’s choreography for our Competition Team has won top awards on the Local & National levels. She has won multiple Choreography Awards for her work.
Dana is always excited to share her passion, love, and enthusiasm for Dance with her students and to motivate them to continue learning and excel in dance and in their everyday lives.

Dana is married to her husband Bobby and has 3 daughters Gianna, Olivia & Ava. She is so happy that all 3 of her girls love to dance!!! 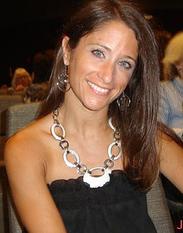 “Miss Nicole” trained in all types of dance since age 6. She grew up performing in shows for the Boardwalk Star Review in Atlantic City and the March of Dimes telethon. She also competed in pageants and competitions, capturing more than 40 state and national titles as a child and a teen.

Nicole continued her dance training while attending the University of Maryland and then traveled to New York weekly to take classes at Steps and the Broadway Dance Center.

In 1998, Nicole won the title of Miss District of Columbia and was a top 10 finalist and preliminary talent winner at the 1998 Miss America Pageant, performing a tap dance.

Nicole has danced professionally in tours and shows at Harrah’s Casino in Atlantic City, the Kennedy Center in Washington, D.C., and the Marquis Theater on Broadway in New York. She toured the nation in a professional tap dance tour called Absolut Tap with other professional tap dancers including Aaron Tolson and Derick Grant. Nicole has also done numerous television and radio ads for Comcast, Volkswagen, Bell South, and served as a host for 2 years on QVC. She also appeared in several television shows and movies.

Nicole has taught tap and jazz at DanceSations Studio of Performing Arts since 2002. She resides in Marlton with her husband Mitch and her 3 children, Shane, Matthew, and Jordan. 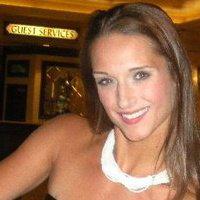 “Miss Nicole” began her formal dance training at the South Jersey Ballet Company and enrolled at the prestigious University of the Arts in Philadelphia after high school. There, she had the opportunity to work and perform for many choreographers such as Fernando Bujones, Scott Jovovich, Roni Koresh, and Wayne St. David. Nicole obtained her Bachelor’s Degree of Fine Arts in Dance Performance with an emphasis on Ballet in 2003.

Nicole continues to travel the country, performing in many shows and special events including Legends in Concert, The Rat Pack Tribute Show, various Disney productions, The Carnival of Wonder, on the Apprentice and at Donald Trump’s birthday party, and “The Show” in Atlantic City. Nicole is also a former Miss New Jersey Teen USA.  In addition to her performing career, Nicole has taught ballet, contemporary, and Broadway jazz for over 10 years.  Nicole is happily married to her husband Joe and is mom to their 2 children, Logan and Lyla. 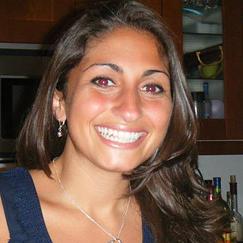 “Miss Amanda” began dancing at age 3 and has been dancing, competing, and teaching for 29 years. She began her training as a student at DanceSations and Ballet South of New Jersey ballet company. Amanda was a member of DanceSations’ Competition Team.  She was cast in the leading roles of “Clara” in Ballet South’s production of “The Nutcracker” and as “Peter” in their production of “Peter and the Wolf.” Amanda is also a former Miss New Jersey National Teenager and Miss Teen New Jersey. She began teaching at DanceSations in 2002.

After graduating from Georgetown, Amanda re-joined the staff at DanceSations. She graduated from Villanova University School of Law in 2011 and works as a corporate lawyer practicing in both New Jersey and Pennsylvania. She lives in Woodbury with her husband Matt and their son Morgan. 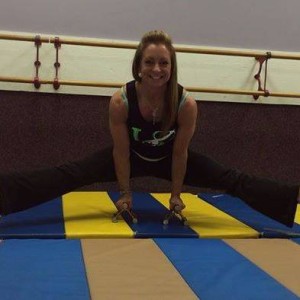 “Miss Joann” began her gymnastics career at age ten. By age thirteen, she was competing in national competitions. She began her extensive teaching career when she was fifteen and, since then, has taught pre-school gymnastics, mommy and me, and recreational gymnastics to levels beginner to advanced. She also taught and coached the level four and five USAG Gymnastics Teams. Joann studied Health and Physical Education at Rowan University.

During her college years, Joann won first place at the Women’s Bodybuilding competition. She is also a certified personal trainer. Throughout her 20 years in the acro world, Joann has made herself known as one of the premiere acro teachers in South Jersey.

She has been teaching here at DanceSations since 2012 and her students excel thanks to her professional teaching. 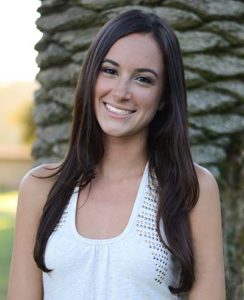 Jackie McLay began her dance education at the age of four in South Jersey training in all styles of dance. She’s performed at Disney’s Magic Kingdom, with the Harlem Globetrotters, as Clara in the Nutcracker with the Atlantic City Ballet, and many other venues throughout the Delaware Valley.

Jackie graduated from Temple University with degrees in both Marketing and Dance. While in college, she danced with modern jazz company, Infatuation Dance Company, performing at numerous shows throughout Philadelphia, New York and in multiple Philadelphia Fringe Festivals. Upon graduation, she became a member of the Roger Lee Dance Company, performing in company shows throughout the year, the RAW Arts Philadelphia Showcase, and was featured on 6ABC Loves the Arts.

Jackie has been featured as a model in dance costume catalogs and fashion shows for Costume Gallery and A Wish Come True. She also has taught with The Rock School for Dance Education’s RockReach program in Philadelphia. Currently, she is the dance teacher at Triton Regional High School, developing their first ever dance program and directing Dancing With the Staff, the Performing Arts Expo, and choreographing for the schools’ musical. 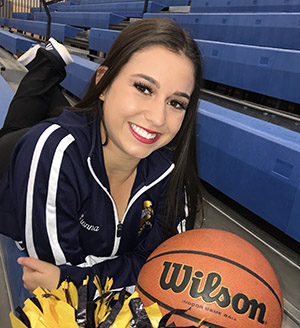 “Miss Gianna” began her dance journey at Dancesations at the age of 2. She received her training by our fellow staff members in the styles of Ballet, Jazz, Tap, Contemporary, Lyrical, Broadway, and Hip-Hop. Gianna was apart of Dancesations Competition Team for 12 years, and participated in numerous Regional and National Competitions as well as Fundraisers and Workshops. Gianna got the privilege to take workshop classes from choreographers such as Mia Michaels, Brian Freedman, Tyce Diorio, Dave Scott, and many more. Gianna won the Senior Scholarship at NDS National Competition in 2016. She had the opportunity to audition for Paula Abdul’s TV show, HairSpray Live, and to be an NFL Eagles Cheerleader.

Gianna graduated from Gloucester Catholic High School in 2016 and now attends Neumann University as a Nursing Major. Gianna is a member of the Neumann Dance Team, and is the Team’s Secretary. The Dance Team performs at different events, games and has competed at UDA Nationals in Disney World.

Gianna has been on our teaching staff since 2015, she teaches Combo classes, Hip-Hop classes, and the Junior/Pre-Teen Competition Team Hip-Hop. Gianna is so excited to bring her love, passion, and knowledge of dance to her students every week.

Caitlin started her dance journey as a student at DanceSations at the age of 2 years old. While at the studio, she studied jazz, ballet, pointe, lyrical, hip hop, Hawaiian,gymnastics, and tap, which is her true passion.

In addition to taking classes, she also competed on DanceSations’ competition team and served as a student teacher. After 18 years of dance at DanceSations, Caitlin attended college at Widener University, where she graduated with honors with a Bachelors of Science Degree in Hospitality Management.  After graduation Caitlin has completed the cycle and joined the staff at DanceSations in 2016, teaching tap and sharing her love of dance with all of her students. 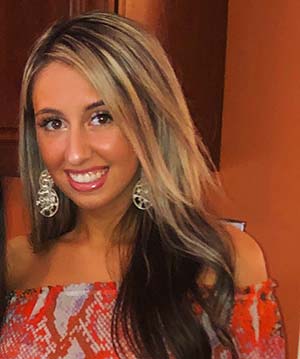 Domenique started her dance journey at the age of 4 at Dance by Debra DiNote. She danced her way through to high school graduation, taking ballet, tap, jazz, modern, contemporary, hip hop, musical theater, and pointe. She moved through the levels and was a company member for 10 years. Domenique danced in many community service events. She competed both regionally and nationally. Domenique performed twice in Disney World! She had many lead roles in company productions.

It was in high school that Domenique knew she wanted to pursue a career in Dance. She was the recipient of the Senior Star award 2015 at Dance by Debra DiNote when she graduated at age 17. Domenique was also a part of TWP Dance at Washington Township High School all 4 years and was 1 of 8 chosen to perform a solo at the annual Dance Concert her senior year.

After graduation, she went on to pursue her dance passion as a Dance Major at Rowan University in 2015 where she is now a senior. Domenique has begun senior year as the recipient of the Bryan Goldhaft Memorial Dance Scholarship 2018-2019.